Here we have gathered some legal aspects that may be of interest to you in the context of the search for one’s origin.

This information does not constitute legal advice. Legal service is reserved to members of the legal professions.

After a comparison among different countries it is clear that there are some divergences in the privacy, freedom of information and family law fields, such as differences in adopted children’s rights, birth-parents’ right, personal status law, child’s right to know his/her origins, mother’s right not to reveal her identity in case of anonymous are among the most important ones.

With this section we try to find unifying elements, coexisting measures that can be applied generally to any country.
We try to make reference to the fundamental normative instruments and measures that regulated international adoption systems, family law, family and children’s right, especially in Europe.

The most relevant Conventions are:

The UN Convention on the Rights of the Child (1989 CRC),
the Convention on Protection of Children and Co-operation in Respect of Intercountry Adoption (1993 Hague Convention) and
the European Convention on Human rights (ECHR).
Nevertheless, as we work we always have to perform adhering to the specific legislative framework of the country we move in. It is worth saying, that one of the most challenging task as origins consultors and searchers is using our experience and know-how to get around stumbling blocks, to find legal and accepted ways to achieve the information we need also in those countries where the legislation in these fields is more constrictive.
In many countries we already build up a broad experience, we studied the national legislation and adoption systems and we are able to request for information applying as prescribed and in full adherence with the national or local normative. However, there are some countries in which we still need to find our way through legal technicality to be able to access the records we need.

A person’s right to know their biological origins raises some of the hardest legal and ethical issues that we have had to face in the last several years. This question arises not only in the case of adopted children, but also in cases of children conceived by artificial insemination or of children born out of wedlock. The right to know one’s origins means the right to know one’s parentage, one’s biological family.
Internationally, this right is widely perceived as the Right to Know. It protects each individual’s interest to look for one’s identity and roots, i.e. where we come from. The right to know one’s origins is guaranteed in the 1989 Convention on the Rights of the Child, the 1993 Convention on the Protection of Children and Cooperation in respect of Inter-country Adoption and recent case law of the European Court of Human Rights.
The pillars of these conventions as far as right to know one’s identity and origins are:

Art. 7. “1. The child … shall have the right to know and be cared for by his or her parents. 2. States Parties shall ensure the implementation of these rights in accordance with their national law and their obligations under the relevant international instruments in this field, in particular where the child would otherwise be stateless”.
Art. 8: “1. States Parties undertake to respect the right of the child to preserve his or her identity, including nationality, name and family relations as recognized by law without unlawful interference. 2. Where a child is illegally deprived of some or all of the elements of his or her identity, States Parties shall provide appropriate assistance and protection, with a view to re-establishing speedily his or her identity”.

Art. 30 of The Hague Convention

Article 30: (1) The competent authorities of a Contracting State shall ensure that information held by them concerning the child’s origin, in particular information concerning the identity of his or her parents, as well as the medical history, is preserved. (2)  They shall ensure that the child or his or her representative has access to such information, under appropriate guidance, in so far as is permitted by the law of that State.
Art. 8 of the European Convention on Human rights
Art. 8: Right to respect for private and family life 1. Everyone has the right to respect for his private and family life, his home and his correspondence. 2. There shall be no interference by a public authority with the exercise of this right except such as is … in the interests of national security, … or for the protection of the rights and freedoms of others.

Best interests of the child

An anonymous birth is a birth where the mother gives birth to a child without disclosing her identity, or where her identity remains unregistered. In many countries, anonymous births have been legalized for centuries in order to prevent formerly frequent killings of newborn children, particularly outside of marriage.
In an anonymous birth, the mother’s right of informational self-determination severely curtails the children’s right to know about their biological ancestry, therefore going beyond the concept of a confidential birth, where the identity of the mother is registered but remains undisclosed, unless the grown up child requests disclosure at a later point.
Early anonymous birth legislation can be found in Sweden (Infanticide Act 1778) and in France (1793).
In Germany since the 1st of May 2014 there is the law on confidential birth.
Once the child reaches 16 years old, they have the possibility to learn about their parentage.
In special cases, such as threat to her life, health or personal freedom the mother may be eligible to remain anonymous on a permanent basis.
We see this measure contravening the right of the child as much as the practice of baby hatches and the international isolated examples of right to anonymous birth. Shall the anonymous birth be contemplated, it should ensure the involved children, in a later stage, to be able to solve her identity questions, not only find out the mother’s identity but also provide her with as much information possible about the birth mother, the biological father, the circumstances of the pregnancy and the reasons for the relinquishment of the child.

Adoption records disclosure procedures may vary from country to country.
In Germany there is the so called “Ausforschungsverbot” (German Civil Code § 1758), which is a restrictive disposition about the release of information from adoption records.

Confidential adoption or closed adoption is a process still possible in some countries these days, by which an infant is adopted by another family, and the record of the biological parent(s) is kept sealed. The International Association of Adopted People does not support any form of closed adoption as it is detrimental to the psychological well-being of the adopted child.

Legitimacy of children born out of wedlock

Internationally, there are a number of bioethical inquiries to study the needs and rights of donor-conceived offspring. The main question in this respect is related to the donor anonymity.

Over the past years, a growing number of countries have legislated open-identity donation, in which donor-conceived offspring are given access to the donor’s identity once the child has reached maturity.

Generally speaking, the main issue that needs to be faced over the legislation in this field is the conflict of interest between the child’s right to know their origins, parentage and identity and the right to anonymous birth.

Best interests of the child

Legitimacy of children born out of wedlock

Criticism of the legal situation
(German) 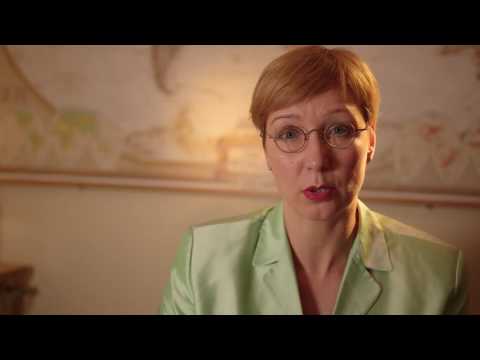